If you watched the documentary #SurvivingRKelly then what some say has been long suspected, we are finally informed about what RKelly was really doing. Unfortunate for him and fortunate for many women the series shined a huge light on the questionable acts he has been accused of in the past. This produced a growing suspicion from law enforcement agencies and may lead to quite the investigation.

Cook County State’s Attorney Kim Foxx held a press conference Tuesday, where she stated that many families are looking for family members they claim may have been victims of RKelly’s alleged sex cult of imprisoned women. Although there seems to be currently an investigation Foxx reports that no new criminal charges are being announced against Kelly at this time.

This has produced one big firestorm. TMZ reported that there are families ready to come forward and are planning to present evidence of Kelly’s abuse to the State Attorney. Also the Fulton County District Attorney’s Office in Georgia is opening a new investigation as a result of the allegations made in the documentary.

With all this bad publicity, it is said that RKelly is seeing a rise in stream and music sales but that may not last for long. Service Broadcasting Corporation said in a statement: “Smooth R&B 105.7 and K104 made the decision to drop R. Kelly’s music from our playlists due to the outpouring of concern from our listeners regarding Kelly’s alleged sexual assaults of underage girls.”

Now the question is what was RKelly really talking about in his music?

Check Out Surviving RKelly on Lifetime 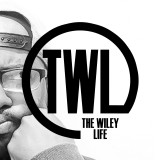 Your browser does not support iframes.

View the content of this inline frame with your browser